Check out my latest #COVID19 update and join me recognizing the effort of our staff who continue #RisingUp to keep… https://t.co/jZ85gVVavx

RT @OntShoresFdn: For those who have supported #mentalhealth and #recovery @OntarioShores on this @GivingTuesdayCa 🙏🙏🙏 That means if you do…

Data from 45 countries show containing COVID vs saving the economy is a false dichotomy via @TC_Africa https://t.co/Uf4p5qb5zG

RT @DavidGratzer: "In psychiatry we think of suicide as a risk to be managed... what the notes taught me is that it’s a pain to be understo…

Dr. Pamela Wilansky, Research Planning Strategist at Ontario Shores, provided background and a glimpse into the future during her presentation on Groups in Motion at Grand Rounds on January 23.

The presentation entitled ‘Groups in Motion from Concept to Implementation’ focused on the interaction between clinical practice and research throughout the development of the current Groups in Motion program.

The name Groups in Motion is rooted in the patient experience. Psychotherapy, education and wellness groups are available to patients in a variety of physical locations throughout the hospital. The name also reflects a patient’s recovery journey, which sets motion upon arrival at Ontario Shores.

The objective of Groups in Motion is to encourage patient participation which is in-line with their own recovery focused treatment.

In addition, Groups in Motion looks to increase the variety of activities available and catalogue all groups being offered at Ontario Shores in one place.

Dr. Wilansky noted an effective governance model and the adoption of an accurate calendar as some of the early triumphs since Groups in Motion was launched in 2013.

However, the ability to evaluate the effectiveness of the groups in Group in Motions bares exciting opportunities, noted Dr. Wilansky.

The model allows Ontario Shores to collect data on attendance, unit participation and the impact each group is having on attendees. Included is a feedback tool which provides patients an opportunity to share feelings on the group’s effectiveness and offer opinions on potential discussions, meeting locations, method of presentation, types of evaluation tools, and snacks for future group sessions.

This type of data collection will empower group facilitators with information to make decisions to ensure the effectiveness and engagement of the group.  Finding the appropriate treatment and activity that is right for the patient is critical to success.

Dr. Zaretsky, Psychiatrist-in-Chief and Vice-President of Education at Sunnybrook Health Sciences Centre, presented a scientific approach to Cognitive Behaviour Therapy (CBT), which is inspired by the work of Dr. Aaron Beck.

Dr. Beck is noted for his research in psychotherapy, psychopathology, suicide, and psychometrics, which led to his creation of cognitive therapy, for which he received the Lasker-DeBakey Clinical Medical Research Award.

Thanks to a greater understanding of the brain and recent advancements in research, Dr. Zaretsky said a scientific approach to CBT has opened doors for the treatment of several disorders.

“We now know a lot of how the brain works,” noted Dr. Zaretsky. “We also know how CBT and pharmacotherapy might work differently when it comes to treating conditions like depression.”

In a study cited by Dr. Zaretsky, patients being treated for depression with the anti-depressant Paroxetine were compared against those being treated with CBT. For both groups, there were positive results.

“Both got better, but in different ways,” said Dr. Zaretsky, who noted the areas of brain which experienced change following treatment were different for each group.

In discussing treatment of anxiety disorders, Dr. Zaretsky supported CBT as a treatment that holds its own against any treatment option.

“CBT has a monopoly in terms of effective treatment of anxiety,” said Dr. Zaretsky.

While pharmacotherapy is a viable treatment option, when combined with CBT to treat Panic Disorder, the treatment is not strengthened.

“There doesn’t seem to be a strong benefit for combining pharmacotherapy and CBT.”

In closing, Dr. Zaretsky presented findings on the use of D-Cycloserine in conjunction with exposure-based cognitive behavior therapy, which helps with fear extinction in an array of anxiety- and stress-inducing disorders.

While noting that timing and proper dosage is vital to its effectiveness, Dr. Zaretsky noted D-Cycloserine appears to enhance treatment and accelerate clinical improvement in exposure therapy for many different anxiety disorders.

Tuesday, January 28 was a memorable day for Ontario Shores Centre for Mental Health Sciences (Ontario Shores) and everyone invested in mental health.

The Chat saw Stella field questions about her recovery journey, artwork and her role in Three Voices, the adolescent mental health documentary produced by Ontario Shores. Questions came from followers in the Greater Toronto Area, Ottawa and from Nova Scotia, Stella’s home province. 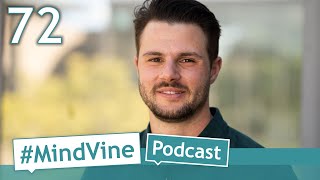 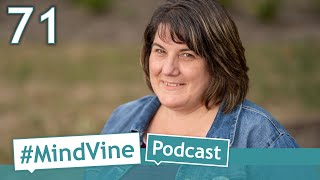 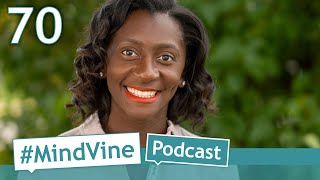 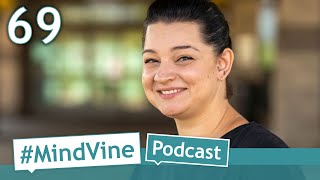