I’ll be attending the @PandemicHeroes_ Standing Up for Mental Health Gala in December to celebrate the efforts of C… https://t.co/Xi6HBU42QH

We worked with @IpsosCanada to learn what Canadians thought about the state of #mentalhealth in our country. Turns… https://t.co/FVSwBPEvZC

RT @OntShoresFdn: A big #mentalhealthmonday thank you to @thebeerstoreon for coming out last week to present us with a cheque for $10, 931.…

Words Matter for those Impacted by Mental Illness

For centuries society has affixed names and used labels that have created divisiveness, promoted discrimination and cast shame on things we don’t quite understand.

Whether it is equality, gay rights, race issues or complicated health issues, decades have been dedicated to education and building understanding with the hope of creating a world that is accepting of all.

At the centre of these movements has been a commitment to alter and eliminate commonly used language which was hurtful and offensive to those being marginalized. It is appalling to think of the words once used to describe and marginalize women, different races, sexual orientation or people with special needs.

What would happen if you used one of those once commonly used words today? The community would call you out and make you aware that is unacceptable in our society.

While progress has been made in changing the language to progress other causes, people with mental illness remain fair game in the hurtful language arena. We use words like bipolar to describe inconsistency or the acronym OCD (obsessive compulsive disorder) to label someone who likes to keep things organized.

The truth is, if you experienced either of these issues or loved someone who does, you would fail to see the connection. They are both hurtful and inaccurate metaphors.

This was a hot topic of conversation last week at our specialty mental health hospital after our local newspaper group, Metroland, published an opinion piece by comedic actor Neil Crone.

Crone has been publishing his regular column for years and has a considerable following. Readers love his work and look forward to it being published each week. He takes everyday situations and finds a way to make them funny and relatable to readers.

Last week Crone used the words ‘schizophrenic psychopath’ to describe how this year’s winter weather has caused multiple mishaps making it like seem it has been out to get him.

Editors published the article using the headline: ‘Winter is a schizophrenic psychopath out to get me…’

I acknowledge that I am biased. I am fortunate to work at a place where I meet and interact with people each day whose lives have been impacted by severe and complex mental illness. The use of ‘schizophrenic psychopath’ as a metaphor was upsetting to me and others in and around Ontario Shores and the mental health community. Social media reaction played a part in Metroland changing the headline, while Crone published a second piece stating he did not intend to offend.

By no means do I think Metroland or Crone was trying to be intentionally hurtful, insensitive or provocative.

I do believe, however, this is a perfect example of ignorance when it comes to mental illness. No one at Metroland saw issue with a debilitating illness being used to describe a weather system or saw a problem with the insinuation that all people with schizophrenia are violent psychopaths that can’t make decisions.

People living with schizophrenia work, drive cars, have families and relationships. They are people who need to be encouraged to receive treatment and support. They do not need to be shamed into solitude.

In his response to negative criticism around his choice of words, Crone wrote:

“One reader challenged that, as a cancer survivor, I wouldn’t dare use the word cancerous to describe winter. My response is that I absolutely would, if the metaphor fit. That’s the beauty of language.”

He is entitled to that viewpoint. My rebuttal would be the real beauty of language is that we have choice. Whether it is in what we say or write, we can choose words that don’t marginalize or enhance stigma.  While he has the right to use metaphors he deems appropriate to his narrative, we, as a society have the right to push back.

History has been made by people who refuse to adhere to labels or live within limitations set by others. We are in the midst of a movement in mental health and there is still significant work ahead.

Making Crone and Metroland think twice about using and publishing hurtful and inaccurate stereotypes is part of that work.

Language sets the tone for education and understanding in our society. Why? Because words matter. 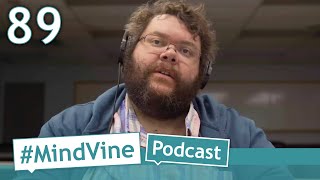 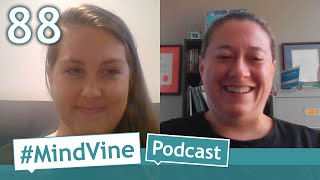 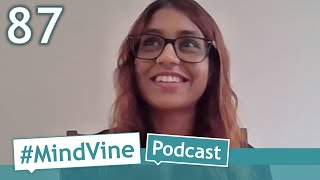 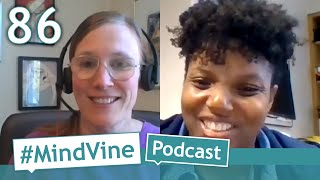 What's it like growing up with #anxiety & #depression? While experiencing physical & social media #bullying?… https://t.co/G0V4ebdnR1